History of the Bemidji Curling Club 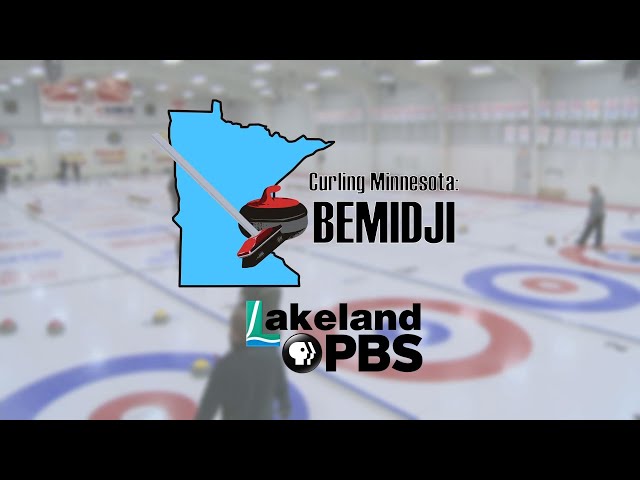 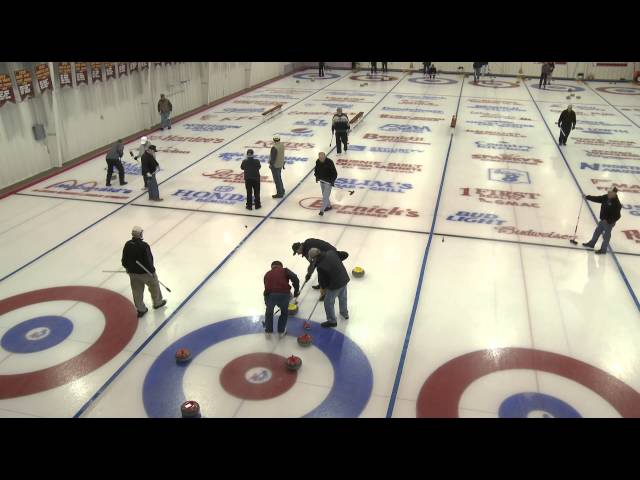 Continue reading for more info on our past...

Near the end of the Great Depression and in the midst of the economic recovery of the New Deal, the Bemidji Curling Club was organized. During the Winter Carnival of 1932, the Hibbing Curling Club put on a demonstration of the sport which not officially organized in Bemidji until a Sunday afternoon meeting at the Tourist Information Building on January 13, 1935.

The first club was located at the Farmer’s Market, now the site of the Cenex parking lot located between Second and Third Streets on America Avenue. Henry Krebs donated slabs for enclosing the one sheet of ice and a warming room at one end of the building. The first rocks were purchased from the Chisholm Curling Club at a reduced price. Other rocks were secured through the efforts of Frank Markus as he traveled throughout the area. Rocks could be purchased for about $10 a pair. During these early years, rocks were owned by many of the curlers who made their rocks available to those who did not have their own.

Committees were established and the first draws consisted of fourteen rinks which began their play on January 20, 1935. By February, 1935, a total of sixteen rinks were formed. There were weekly events which culminated in playing for the Grand Aggregate or the best percentage of wins for the season. Rinks were invited to participate in the Merriam Medal Event in Duluth in 1935. This event was considered to be the State Championship for Minnesota curlers.

During the summer of 1935 a Sports Arena project was approved as one of the first WPA projects for Bemidji. The Arena consisted of a skating and hockey area along with the Curling Club. Curling Club members sold $10 memberships in order to pay for the curling part of the building which was paid in full with the final payment of $500 in January, 1936. The arena was located on the old high school property at 7th and America where it remained until 1967.

The first Paul Bunyan Bonspiel was held in January, 1937, with 48 entries from around Minnesota and Canada. The John Brodin rink of Eveleth won over the Sam Carroll rink of Hibbing.

During the 1939 season, high school curling was organized with the help of C.W. Vandersluis and H.M. Robbins. Chauncey Prange was the coach. Bemidji’s skill and knowledge were ably shown by winning the Minnesota School Boys’ Championship in 1964, ’65, and ’66. Dan Haluptzok skipped the team all three years. Other members were Jon Quistgaard, Bob Fenson, Terry Jackson, Steve Berg, Tom Fenson, and John Doran. After the Minnesota High School League sanctioned curling as a letter sport in 1968, Bemidji teams were runners-up on four different occasions until the sport was dropped by the MHSL in 1977.

On January 4, 1949, the roof of the skating side of the arena collapsed from the snow. The skating side had been used to make five extra sheets of ice to accommodate the Paul Bunyan Bonspiel which now had to limit the play from 12 end games to 10 end games.

During the two term presidency of Floyd Hirt (1949-51) who encouraged and promoted women’s curling, the women began curling by filling in on the men’s rinks which were short of curlers. Through the efforts of Theresa Jackson, the women’s first president, Carole Daniel, Margaret Burns, Evelyn Malm Justin, Carolyn Hirt, Norma Olson and Dona Mae Naylor and others, the women’s curling club chartered during 1951-52. They held rummage sales and other events to raise money for furniture, decorations and kitchen furnishings. The women have sponsored a bonspiel since 1962-63. It became known as the Norma Olson Bonspiel during the 1974-75 season.

During Kenny Jackson’s presidency of 1957, he picked up on the idea long promoted by Earl Scanlon and that was to have a Thursday afternoon curling much like the golfers during the summer. This became known as the Businessmen’s League and has been growing ever since.

In the late 50’s the club purchased the first matched rocks and installed artificial ice. A few years later two more sheets were added to the original four sheets.

In 1967, the government bought the property to build Northland Apartments. The club received a sum of money which was supplemented by member donations of $50 to $100 in order to construct the new and present club.

In 1979, due to lack of space and the need for kitchen facilities, a structural addition was made to the club. The addition included the kitchen with serving area and men’s and women’s locker rooms and some storage area on the lower level. Some remodeling was also done to the existing club.

The Bemidji Curling Club members have participated in many spiels and have produced many champions. In 1952, the Gerald Hunt rink, consisting of Gerald, Earl and Harry Hunt, and Bill Dailey, won Bemidji’s first state championships. In 1954, Fred Dailey won the first of his two state championships, the second being won in 1956. Curling with him in 1954 were Don Hirt, Bones Hirt, and Harry Hunt. With him in 1956 were Spike Gary, Don and Bones Hirt. Fred also captured the prestigious Donbar Memorial six times. Curling with him three of those times were Pat Gardner, Don Hirt and Ron Batchelder.

In 1989 Bemidji had its first ladies’ state champions. The rink of Liz Johnson, Jan Fenson, Suzanne Liapis, and Jean Borland won the Minnesota State Ladies’ Championship in Grand Rapids and went on to compete for the national title in Detroit, Michigan, where they finished fourth.

In 1987 the Bemidji Curling Club qualified two men’s teams for a national playdown for the 1988 Olympics. The two teams participated in the 32 team National Olympic Trials were the team of Rich Reierson, Pete Fenson, Steve Fogelson and Pet Lapp and the team of Scott Baird, Dan Haluptzok, Mark Haluptzok and Bob Fenson with the Baird rink advancing to the semifinals.

A mixed team from our club has also done well. During 1980, in Chicago, the Mark Haluptzok rink including Liz Johnson, Tim Johnson and Mary Jo Roufs won the National Mixed Championship. In 1982, in Madison, Wisconsin, the team repeated the championship.

Bob Fenson and Dan Haluptzok realized the importance of the state determining a men’s senior (50-59 years of age) and a men’s veteran (60 and over years of age) champion. In 1985 they approached the Minnesota Curling Association with their proposal and in 1986 the event became a reality. Bemidji hosted the championship the first three years (1986, ’87 and ’88) and since then it’s been moved around the state. Bemidji can boast champions in both the seniors’ and veterans’ divisions. The 1986 Veterans’ Champions were Hal Haluptzok, Wm. “Chub” Naylor, Scott Baird Sr., and Dick Olson. The 1986 Seniors’ Champions were Harry Hunt, Dick Scanlon, Don Hirt and Merril Theil. The 1986 Veteran’s Champions repeated again in 1987 with the 1987 Seniors’ Champions being Roger Stubbins, Dwayne Young, Frank Goodell and Jim Thompson. The 1988 Veterans’ Champions were “Chubb” Naylor, Jim Hensel, Dick Olson and Charlie Naylor and 1988 Senior’s Champions included Jack Israelson, Marv Roxstrom, Roger Pfannenstein and Noel Vanasse.

In 1989 the team of Mark Haluptzok, Dan Haluptzok, Pete Fenson and Bob Fenson competed in the European Challenge for the right to represent the US in Switzerland. They finished second to Steve Brown of Wisconsin in an extra end playoff game.

Junior curling has grown tremendously in our club in recent years, thanks to many parents and curlers who have been interested in promoting it. Our Sunday night junior league now has 50 to 70 participants. In 1989 the Bemidji Curling Club hosted the Minnesota Jr. Curling Championships with the Jr. Ladies’ team of Kari Liapis, Stacey Liapis, Heidi Rollheiser and Bobbie Breyen finishing first. They went on to place second in Duluth at the National Championship. In 1990 the team repeated as state champions in a four team playoff in Eveleth and went on to win the National in Chicago. At the World Championships in Portage La Prairie, Manitoba, they finished sixth. The Jr. Men’s’ team from Bemidji also won the State Championship in Eveleth in a ten teem playoff and competed at the Jr. Nationals in Chicago, finishing third. The team consisted of Eric Fenson, Steve Jytyla, Kevin Bergstrom and Ted McCann. The 1990s have continued as a decade of success for Bemidji rinks. The Junior Men’s’ team of Eric Fenson, Shawn Rojeski, Kevin Bergstrom and Ted McCann claimed the national title both in 1991 and 1992. The year of 1992 also saw the Junior team of Erika Brown, Kari Liapis, Stacey Liapis, Bobbie Breyen and Debbie Henry claim the national crown, while Andy Borland, Liz Johnson, Tim Johnson and Jean Borland captured the National Mixed Championship.

A pair of national titles were earned in 1993. The Junior Women’s’ team of Erika Brown, Kari Liapis, Stacey Liapis and Debbie Henry successfully defended their title. The same year, the rink of Scott Baird, Pete Fenson, Mark Haluptzok and Tim Johnson ascended to the top of the US mens’ curling world and returned to successfully defend the title in 1994. Also in 1994 yet another National Mixed Championship was achieved by Andy Borland, Liz Johnson, Tim Johnson and Jean Borland. Most recently, the team of Risa O’Connell, Missi O’Connell, Natalie Simenson and Alison Naylor took home the 1995 Junior Women’s’ national crown.

In addition, as of January 1, 1996, 41 state champions at various levels called Bemidji home. All told, Bemidji Curling Club teams have captured over 50 state and national titles.